In psychology, the four stages of competence, or the “conscious competence” learning model, relates to the psychological states involved in the process of progressing from incompetence to competence in a skill.

The Four Stages of Competence

The individual does not understand or know how to do something and does not necessarily recognize the deficit. They may deny the usefulness of the skill. The individual must recognize their own incompetence, and the value of the new skill, before moving on to the next stage. The length of time an individual spends in this stage depends on the strength of the stimulus to learn.

Though the individual does not understand or know how to do something, he or she does recognize the deficit, as well as the value of a new skill in addressing the deficit. The making of mistakes can be integral to the learning process at this stage.

The individual understands or knows how to do something. However, demonstrating the skill or knowledge requires concentration. It may be broken down into steps, and there is heavy conscious involvement in executing the new skill.

This model of learning is inherent in CrossFit training. The CrossFit coach is tasked with helping the athlete ‘know what they don’t know’ and create self-awareness. Then the coach and athlete work together to progress through the model until an athlete can perform a skill with unconscious competence. Not doing it right and making mistakes are vital steps in the learning process. And the entire learning process takes time, lots of time (10,000 hours some say). Understanding the four stages of learning a skill can help keep the learning process focused on learning to do something, and not feeling bad about ourselves for not already knowing how.

Using the example of learning how to back squat, as a person new to CrossFit and weight training I thought all I had to do was put the bar on my back, sit my butt down and stand up again. This was the happy stage of unconscious incompetence.

When I began learning how to back squat (low bar specifically), I realized there was a lot more to it and it was a little overwhelming. I had moved on to the stage of conscious incompetence. There were many different things to do and think about and I had some physical and neurological re-wiring that needed to be done. In this stage I made lots of mistakes, along with judgments against myself for not already knowing how to do it. No one likes being told they aren’t doing something correctly, but judgment release can be very helpful in this second stage of learning. Making mistakes are an integral part of the learning process. They’re necessary because learning is essentially experience-based trial and error. As long as the errors are addressed and fixed.

As I practiced (every Monday for at least a year), I got better and moved into the third stage of learning, conscious competence. I could back squat decently well, but still had to really focus on my body mechanics using a relatively light weight.

Finally, after enough practice, I have gotten to a place where I don’t have to think about every little thing that goes into a technically sound back squat. Now the focus is on increasing weight to build strength.

And a cool pair of lifting shoes never hurts.

Jennifer (aka Jenn) was one of the first to join the CrossFit Mudtown family, along with her husband Clay, in April 2015. She’s 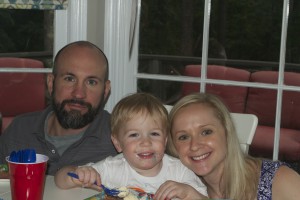 currently expecting her second son and it’s so inspiring to see her continue to work hard in class. Jenn proves to us every day that CrossFit can work for anyone. Let’s get to know Jenn a little better…

How did you hear about CrossFit and what was your first experience/WOD? 3 years ago Clay and I went to a “bring a friend day” at a CrossFit box.  It was a partner WOD of wallballs, pushups, and running a 200 with a med ball overhead (don’t get any ideas, Jacki ☺).  It was a rough WOD and we were sore for days.  We both knew we’d love CrossFit, but didn’t completely take the plunge until after our first son, Jase, was born.

How many days do you CrossFit? What classes do you normally take? These days I’m doing good to come 3 days a week.  You’ll find me at any class except for the 6 am/pm classes depending on my work schedule. 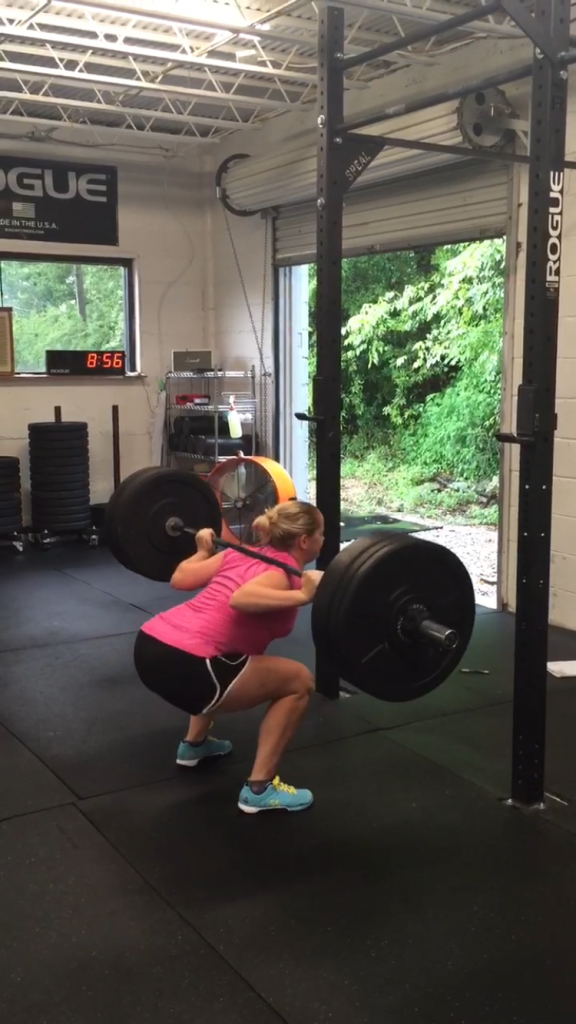 Favorite CrossFit movement? Squats and deadlifts for strength.  Putting lots of weight on the bar makes me feel strong ☺.  I also enjoy any WODs that involve mostly body weight.

Least favorite CrossFit movement/workout? Wallballs & rowing.  Wallballs require too much coordination for me.  I’d rather do thrusters (I mean, they’re basically the same, right).

What motivates you/keeps you coming back to CrossFit Mudtown? The coaching and community.  I experienced a lack of coaching for my first 18 months of CrossFit.  It truly is amazing to see what all I’ve accomplished in the 4 months I’ve been at CFM with solid coaching and encouragement from others in a class!!

Favorite thing about Birmingham? The hills, trees, and close proximity to shopping (I grew up in a small town in Texas that was about 30 minutes from Ft. Worth)!

What accomplishment are you the most proud of (outside and inside of the gym)? 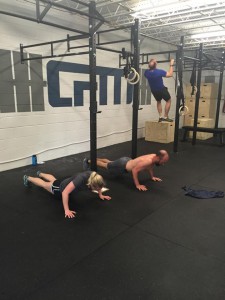 After a hard workout, what is your favorite meal? Something bad for me, followed with a chocolaty dessert that’s equally as bad!!

What are some of your interests outside of CrossFit? Running, hiking, spending time outdoors with my husband, Clay, and our son (soon to be sons in December!!)

What do you do for a living? I’m a nurse in the Emergency Department at Children’s of AL

What is one goal that you are currently working on? Crossfitting while pregnant.  It’s a bit of a mind game and physical challenge for a competitive person like myself.  I’ve had to lower my standards of myself as my body now has a new set of limitations.