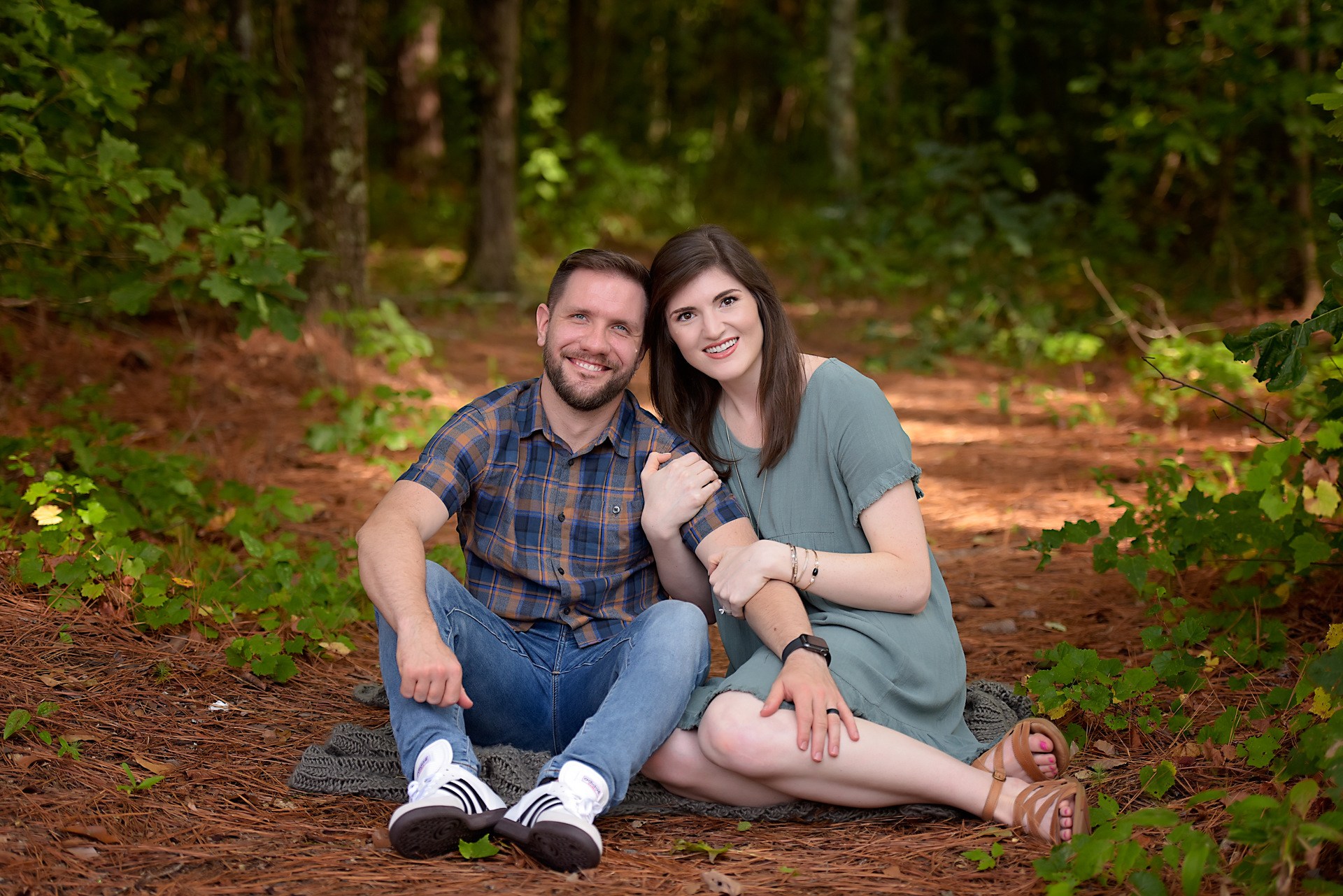 What do you do for a living?
Richelle: I am a clinical pharmacist at St. Vincent’s
Jake: Software Engineer and CIO at JWEB Development and IT Services

How did you hear about CrossFit and what was your first workout?
Richelle: I first heard about CrossFit because one of Jacob’s Facebook friends posted about a free community CrossFit workout at a gym down the road. I always enjoyed HIIT training, and I was hooked after one workout!
Jake: Same

How many days do you CrossFit? What classes do you normally attend?
Richelle: Before pregnancy I went to 5 classes a week. At 6.5 months pregnant, I make it to 3-4 depending on my energy levels and need for rest. I go to either the 7AM class or the 5PM class, alternating every two weeks.
Jake: Godspeed is my primary gym; I try to make it 4 times a week, which now occurs in my basement via Zoom. I also come to Mudtown with Richelle on the weekends depending on her work schedule.

Least favorite CrossFit movement/workout?
Richelle: Snatches. My coordination just isn’t there, yet.
Jake: Wall balls. As a short man, I find the differing targets based on gender to be EXTREMELY sexist.

What motivates you/keeps you coming back to CrossFit Mudtown?
Richelle: The people and the workouts motivate me to keep coming back. CrossFit gives me an outlet for my competitive nature, and I’ve found that exercise is the best way for me to control stress and anxiety.
Jake: Every time I come to mudtown, I get the feeling that the coach has extensively prepared to lead the WOD for the day. Mudtown has done a great job of keeping their culture amid tightened public health measures, though I do miss the community nights.

Most embarrassing/funniest gym moment?
Richelle: Chrissy was attempting to “motivate” me to pick my barbell back up one day, and I turned to her and yelled, “STOP IT!” I’ll probably never live that down lol.
Jake: Pretty much any time Richelle and I are on a team WOD together we end up getting mad at each other and yelling (that’s toned down now that she’s pregnant). After the WOD we’re perfectly fine. I never reveal this information to anyone until they’ve witnessed us to a team WOD together, and I find it hilarious.

Favorite thing about Birmingham?
Richelle: I grew up around Birmingham and I really like how much change and growth there has been, especially in the downtown area. There is a lot more to see and do than there was even 5 years ago.
Jake: Tech and food. Lots of talented coders in this city, and lots of talented chefs.

What accomplishment are you most proud of (outside and inside of the gym)?
Richelle: I think that what I’m most proud of myself for changes Almost from day to day. One thing I am proud of myself for is completing my PharmD, board exams, residency, and then passing my BPS exam. Inside of the gym, I’m just proud of myself for showing up every week and any small accomplishment that I can achieve.
Jake: I cleaned 175lbs at Mudtown a few weeks ago. Most I’d ever done before that was 145. On a personal note, I switched from a career in theology to one in software after the 2008 recession. I hadn’t written a line of code until four years ago and now help lead a small business here in Birmingham. I’ll always look back with pride on the time when I was spending twelve hours a day screaming at my computer while trying to make a circle larger on a computer screen.

What is your favorite meal?
Richelle: Anything containing queso. I have a problem.
Jake: Pho, specifically Saigon Noode House on 280.

What are some of your interests outside of CrossFit?
Richelle: My first love was soccer. Jacob and I actually met coaching soccer! I played through college and I still enjoy playing pick-up – when not pregnant or in the middle of a pandemic.
Jake: Soccer, reading (am on a science fiction kick right now), music (relearning guitar), role playing games (both tabletop and video games). I also love observing the intersection between religion and pop culture.

What is one goal that you are currently working on?
Richelle: My current goal is to stay healthy and maintain as much fitness as I can. CrossFit is great because it is scaleable to any fitness level or physical need. After pregnancy and some healing, I’ll keep working on my previous goal of strict pull-ups!
Jake: Have lost about five pounds since July, am trying to eke out 2 or 3 more before baby comes while building some speed and explosiveness. After that I want to focus more on building strength.

Do you have a hidden talent?
Richelle: I can balance 2 soccer balls on top of each other. It’s not much of a hidden talent, but it’s something.
Jake: Some tell me I’m hard to find in a crowd.

Tell us a fun/interesting fact not many people know about you.
Richelle: I played clarinet for 8 years and my high school Wind Ensemble played at Carnegie Hall.
Jake: At one point I knew five languages, most of them dead ones.